On Saturday, Kai and I attended a live performance of one of my favorite artistes on earth, Oumou Sangare [that’s a pic I snapped of her. Isn’t she gorg?! *swoons*]. She possesses vocals which hypnotize, and transport one back to the glory days of Africa before it was colonized- virgin Africa, if you will. Let’s just say, she has one heck of a bewitching voice that touches the soul and moves the body into effortless rhythmic dancing. My love affair with Oumou goes way back to 2007. A friend of mine of Malian descent played what has now become my all time favorite songs of hers, Seya.  All I remember was asking, who the heck  she was and what she was saying. Since then, I have not looked back and I’m happy to announce that I have a woman crush on her! Yes.

Of course, as per African timing, we were late! Approximately one hour late. Her performance was well underway, as it had began promptly at 9:00 p.m. We didn’t get in until after 10:00p.m. Outside the building, there was a table spread full of French West African goodies, ranging from jewelry to djembes on sale. The guy manning the station was decked out head to toe in a resplendent boubou. My heart burst with pride, at the array of artefacts on display and just seeing my ‘pippoz’ fresh to death, in traditional garb.

Inside, show goers were gathered on the dancefloor or should I say,  what looked like a mosh pit. They were swaying and grooving their souls and bodies to Oumou’s arresting sounds. The ambiance, decor, and space made for a very intimate feel, and personally for me, added value to her performance. Disco globes and low lighting, akin to a lounge setting with random African artefacts strewn all over the place, proved to add to the vibe that I have always imagined to be at one of her performances i.e. groovy, hypnotic, free-spirited, freedom of self-expression without judgement [I’ll explain that later] By the way, she was backed by an amazing band! Lord! the djembe player was on another level-of drumming.  The beats were like anything else I’ve heard.  [I actually have the recorded footage, but I do not know how to upload this ish, sooooo friggin mad, ya’ll!].

In the midst of one of her epic performances, my over enthusiasm got the best of me. Due to extreme hollering and ululation, my throat was left dry and high. Decided to detour to the bar area in search of something to alleviate the dryness.  Well, it turned out to be quite an eventful abberation. Hovering at the bar area, was  this dude that I had earlier on locked eyes with upon arrival.  He was dressed in all white, andooked mighty angelic, with midnight kissed skin color. Just how I liked my coffee, black.  Nyhoo, brotherman schmoozed his way over and hollad at a sista. Turned out my brotha was from Mali, a transplant from France, and a recent immigrant to the States.

Unfortunately, he turned out to be quite the unhygienic bullshitter. His immigration story did not hold a lot of water, there were too many gaping holes and red flags, to cap it off, his breath [dramatic pause], was a mix of goat stew and something else foul. Auuuuuuwiiii!! No way! I was looking too fly to have a brother stank my swag. So, I politely declined his hollerations, and shimmied myself to the other side of the room. Yes!

The Lord is indeed faithful to those that trust and call upon His name, for He never forsook me that night, and revealed where the real brodas were at. [please don’t bother intellectualizing the term, “real”]. It so happened, that these brodas were maestros of makossa moves and had me thinking none had waists! Mmmmmmh! I struck a conversation with all three, thanks to one who asked about my native origins.  From there, it was on and popping.

Since, I neither speak, nor understand the tongue Oumou was singing in, one kindly offered to translate-and translate did he or what!   After Oumou finished her set for the night around 11:00p.m., people dispersed from the dancefloor and a few were left.  The DJ for the night got on the 1s and 2s. Yooooooooooooooooooooo!! That DJ was off the hookahizzy!! For a minute, I thought I was going to literally loose my mind, seriously. The tracks were fucking cray!

Kai and I were once again reunited, exchanged notes, and decided to show them how it’s done on the floor!  While we danced, my heart soared in gleedom when I spotted the brothers again. They hadn’t left.  They were chilin over at the bar area. My shortie [he was short ya’ll, but such a great conversationalist] came on over with his friend, and we all danced the night away to beautiful Senegalese/Malian music. When I tell ya’ll, I was worn out, best believe it.

Oh yeah, remember earlier on I had mentioned freedom of self expression with no judgement. What I meant was, there were  a lot of free spirited people in the building.  The kind that  flangs arms and legs all over the place. So one had to be careful about proximity! I’ve reiterated throughout this post about Oumou’s music being entrancing, ya’ll this shit is so deep, I  remember this one dude that looked like a runaway hippie, kneeling on the floor and doing writhe like motions, as if to suggest a a possesion of demonic spirits inside him. Have ya’ll ever watched an African exorcise?! Please do! Nollywood never fails.

I absolutely love Oumou Sangare with all of my heart. This is an African woman after my heart, she is both a feminist, and a great businesswoman! She is a bawwwwse! It is my hope that after reading this account, you will feel the need to familiarize yourself with her music, and most importantly support her!! 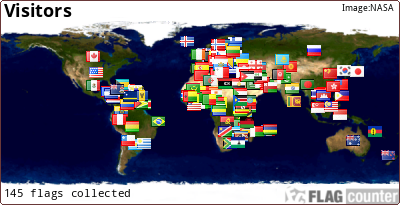